Why I Don’t Train Yoga Teachers By Ben Ralston

As a child my heroes were the khaki-clad men and women who gave their lives in WW2 (for a cause greater than themselves). I was completely in awe of anyone who put their own comfort and safety aside in order to ‘fight the good fight’. I believed there was no greater life to be lived.

Many years later I travelled to India for an intensive Yoga Teachers Training course. It was the most challenging thing I’d ever done – physically, emotionally, mentally, and above all, spiritually. 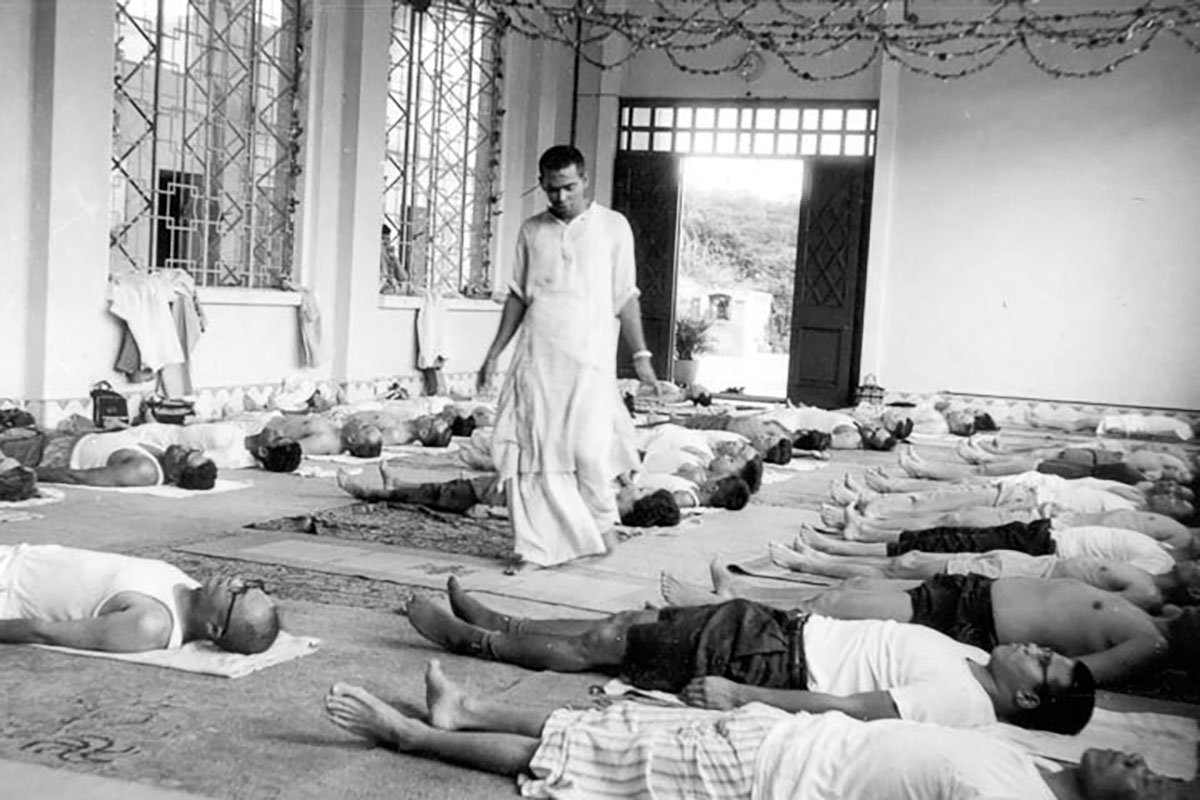 On that course, I found new heroes.

The ochre-clad men and women who gave their lives, day after day, for a cause greater than themselves.

The Swamis are the people we may thank for the access that we now enjoy to the ancient wisdom of Yoga. For thousands of years they have taken vows of brahmacharya – mastery of the senses, and renunciation of the fruits of the senses – as they put their personal comfort and ego to one side in order to transform the world. There is no greater sacrifice.

Towards the end of my time in India I resolved that I would one day be a Swami. 5 years later I did indeed give away all my ‘stuff’: my old man got my ipod. My brother got my Raybans. A recent TTC graduate got my small yoga business including 20 yoga mats, my classes, students and mailing list… and with just a small bag of clothes I entered an Ashram and began training. Why am I not there today? The fist person I met in the Ashram that day was the beautiful Goddess who is now my wife. But that’s another story…

Altogether I taught Yoga full time for almost a decade.

I taught Yoga in exclusive hotels and gyms, hostels, schools, and festivals, to Hollywood celebrities and millionaires and old age pensioners. I once taught a guy who’d (to coin the wonderful Ram Dass expression) ‘been stroked’. The whole left side of his body was paralysed. So in Sun Salutations he would grab his left leg with his right hand, and put it into position. It took a long time, but he did them, and he loved every minute of it. I’ve never met a more smiley and determined person in my life, and it was a great privilege teaching him. The classes he was in were some of the most memorable I’ve ever taught.

I must have taught many thousands of people during those 10 years.

I never had a single student get injured. Not one.

And my style of Asana teaching is dynamic and physical! So how is it that some people believe Yoga to be ‘dangerous’?! Many times over the years I’ve been asked this question:

“Why don’t you run your own Yoga Teacher Training Course?”

In our materialistic society it seems to be a real no-brainer! After all, that’s where the money is in Yoga! We all know that. So why not do it? I’ll tell you why:

I won’t pee in the well.

The well of pristine ancient wisdom kept by countless generations of Swamis.

Swami Vishnu-Devananda had a vision in meditation of the world in flames. It was that vision that led him to create the Sivananda Yoga Teachers Training Course (the oldest TTC in the West – around 15,000 graduates over 40 years).

His main intention was not so much to create yoga teachers – rather, he intended to create world leaders with integrity. He wanted to create a generation of yogis who would be able to steer the world away from its current crisis with integrity, compassion, and service.

In India, before I realised I wanted to one day be a Swami, I knew without a doubt that I would try to honor Swami Vishnu’s intention – I would do my best to repay the debt I owed him.

So when I’m asked why I don’t run TTC’s what I say is this: there are places I can send my Yoga students to become Yoga teachers. Places run by people who are completely dedicated to doing just that. People who haven’t got kids, aren’t in relationships, and don’t go on vacation. They just train Yoga teachers. Day in, day out, all year round. Total heroes.

So how could I take it upon myself to train other people to be yoga teachers, when I know that I would be depriving them of the best training available? I would feel that I was cheating my students, and betraying the lineage that I am honored to be a tiny part of.

So I understand completely what has gone wrong – people who lack a profound understanding of the spiritual essence of Yoga are running TTC’s.

So the graduates of those TTC’s are even further removed from the lineage. The pond is polluted further and further.

I’ve seen many suggestions that the reason yoga has become dangerous is that not enough attention is paid to anatomy.

That’s a side issue. It’s also something that householder Yoga teachers who run TTC’s will say to justify what they do (“I teach good anatomy so that my student teachers are safe”). But in reality, to teach Yoga properly only a basic understanding of anatomy is required. You don’t need a degree in anatomy to teach yoga, because Yoga is not gymnastics.

Yogasana is intended primarily to prepare the body to be comfortable sitting in meditation. If it’s taught as such, with emphasis on breath and inner awareness rather than physical ‘shape’ and external competition then it’s totally, 100% ‘safe’. Actually, it’s more than safe, it’s healing.

It is also, of course, a wonderful physical exercise – but that is a secondary benefit.

Yoga is a spiritual practice.

There are true heroes on this planet.

Because the world needs one more.