The Myth of Alignment

The term alignment is never applied to any animal other than humans This points out how artificial such a concept is when considering a living form. The notion seems to have developed during the machine age (post-industrial revolution) when the tendency was to attempt to define all structures with simple mechanical concepts.

Contrary to what is often suggested, the only way to align the body, to stack our frames in a line with the pull of gravity, is with excessive effort and bracing, pulling the head back, tucking the pelvis forwards and standing on the heels.

Considering the body as architecture, it must have seemed evident to some that the most efficient condition of uprightness would be one in which bones were neatly stacked, such that no muscle action would be required to maintain verticality.

Actually, in order to function, the body requires constant muscle action; this is obvious: the heart beats, we breathe etc. Our sense of ourselves in space comes from movement, movement of fluid in the canals of the inner ear results from the constant interplay of muscular forces in the body. Because the body is not aligned, gravity exerts a pull on our bodies which is resisted by muscle. In this way, signals are generated by muscle spindles which inform us of changing conditions. The brain uses these messages, along with those from other senses, to orient our bodies in space. We only know where we are because of movement. The senses cannot measure static conditions, they only measure change. 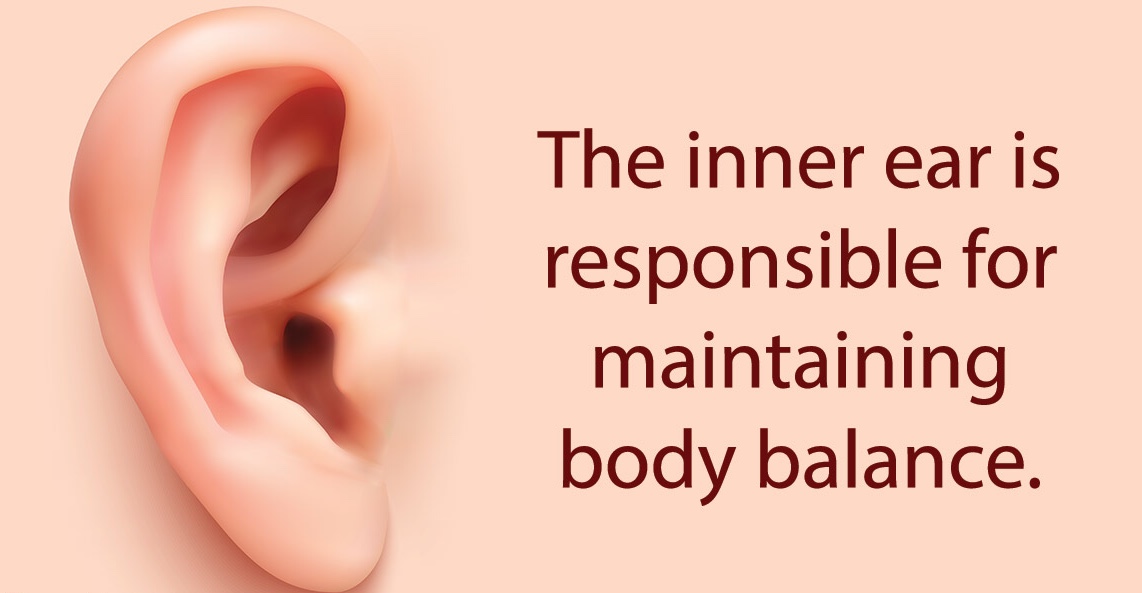 If you doubt this, rest your hand on your thigh. Bring your awareness to your hand, to your fingers. Now try to identify, through touch, the fabric of your clothing. You must move your hand to do this. Nerves in your fingertips will sense texture only if there is movement. The same is true of vision. A perceived image must move on the retina so that we can judge the difference between one visual texture and another (constant small movements of the eyes, saccades, are reflexive).

If it were truly possible to align body segments, we would quickly suffer the consequences in a lack of meaningful orienting sensory input. Further, moving an aligned structure presents many difficulties, like the difficulties in moving from a stop in an automobile that is not running, but much more, because an automobile does not need to glean information about its surroundings in order to function. 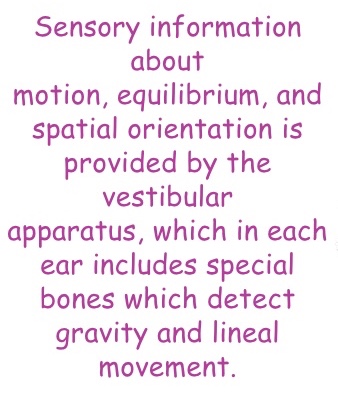 In moving the human body, a structure that has parts arrayed in such a manner that constant muscular adaptation is required, a release of muscular action can initiate movement very quickly and efficiently. Let’s take the action of walking. Already, in standing, much muscular action is required to maintain upright posture against the pull of gravity. The head does not balance on the top of the spine, but, rather, is maintained in instability with its center of gravity forward of the atlantal-occipital joint by constant action of sub-occipital muscles. The neck reflexes allow changing conditions to be communicated to spinal musculature through constant change in head orientation. At the level of the hips, we can see that, although the sacrum is rearward of the hip joints, the greater weight of the trunk is in the organs, heart, lungs, digestive system, and that the posterior musculature of the spine is engaged to extend the body against this forward-falling weight. 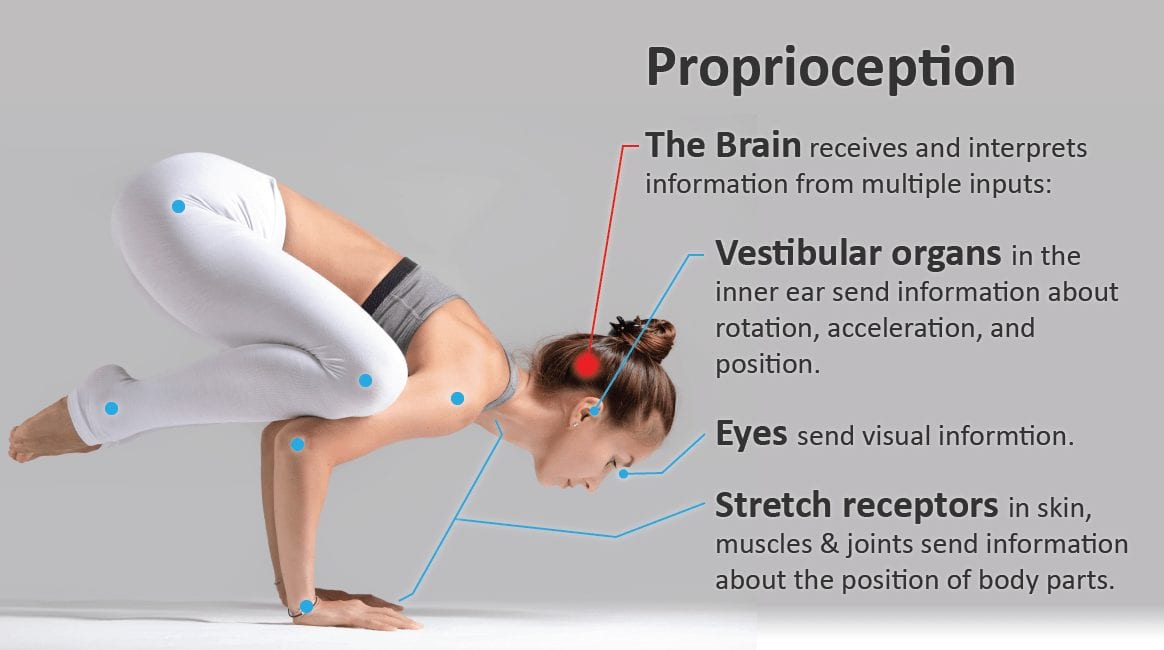 So the trunk does not balance on the hips, but is prevented from falling by the constant action of posterior muscles responding to weight that is out of alignment. Further, the hip joints do not align over the knees and ankles. The weight of the body is most efficiently delivered to the ground at a point slightly behind the ball of the foot. This requires constant muscle action in the calf muscles. It is possible, of course, to rest the body’s weight on the heels, but this requires excessive effort, and will lead to bracing in the hips and knees. Deep muscles, such as those of the iliopsoas group, will work very hard in a condition of relative fixity to compensate for the lack of tone in the soleus and gastrocnemius (calf) muscles. Simply put, the postural system is one in which all muscles are constantly interacting and constantly toned. Opposing muscles are not set against each other, but are in continual adaptation. It is this lengthening and shortening which gives us a sense of where are limbs are in relation to each other (proprioception), and through this, gives us, when factored with input from visual and vestibular senses, a sense of where we are in space. 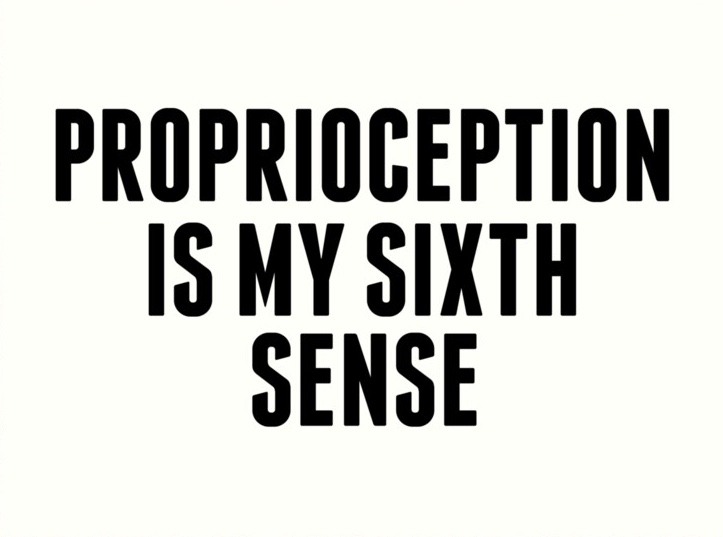 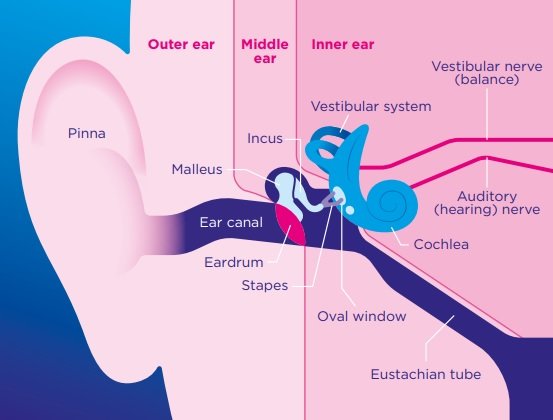 In studies of balance, it has been shown that a certain amount of sway is a requisite part of how we balance ourselves. If, for example, you sway to the left, some muscles on your left side will be stretched, some muscles on your right will be shortened. As these changing conditions are relayed to the sensory motor cortex, a correcting action is initiated, will bring you back past center and towards the right – and the cycle continues. The changing conditions of the muscles involved generates your proprioceptive sense – the sense of where your parts are in relation to each other. Muscles spindles send messages to the brain only when the muscle is moving – shortening or lengthening. Opposing muscles constantly react to each other, even outside of the force of gravity. (Recall how astronauts must exercise vigorously to avoid muscle atrophy when they are in weightless conditions). Further, the slightest movement changes pressure on golgi receptors in the joints which also contribute to proprioception – again, like the muscle spindles, the golgi receptors only respond to change. In the canals and otoliths of the inner ear, this sway causes movement of liquid within the canals which stimulates receptors and create a sense of angular and linear acceleration and deceleration. If you could be truly still, you could have no sense of inter-corporeal or inter-spacial orientation.